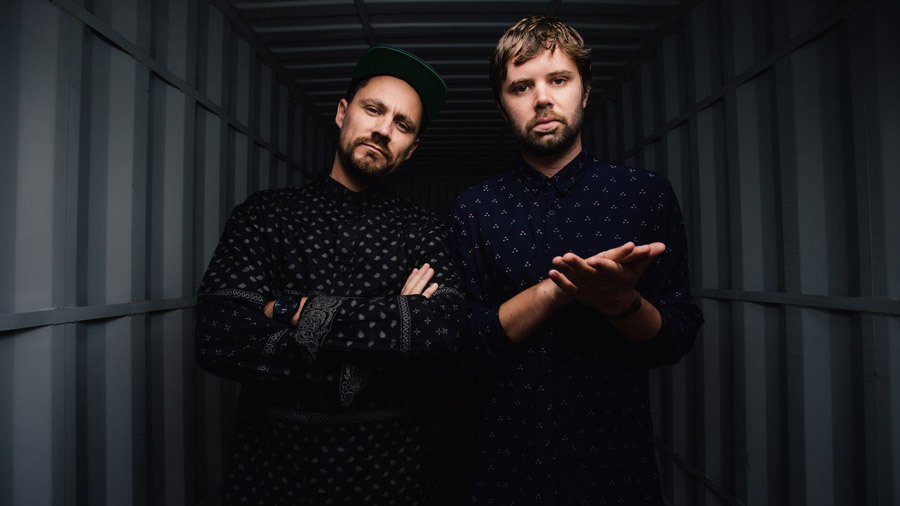 Get your tickets to see Hermitude at Sydney’s biggest New Year’s Eve Party.

Elgusto and Luke Dubs have been exploring the wide sonic territory formed by their influences, both individually and as a group for years. Their chemistry in the studio is undeniable, and backed by a friendship that has seen the duo experience some incredible moments on stage and behind the scenes. Hermitude have remained one of Australia’s most endearing and popular acts.

With 5 studio albums under their belts, they have had a colourful and exciting time in music, it was with the release of their album ‘Hyperparadise’ in 2012 that really got the wheels turning.

Signing with Nettwerk Records in 2015 saw Hermitude introduced to international crowds, touring the US and reaping successes at notable festivals including SXSW, Governor’s Ball and Lollapalooza. This was also the year introducing Dark Night Sweet Light—the duo’s most comprehensive and accomplished effort to date. With songs like ‘Ukiyo’, ‘Through the Roof’ and the Platinum smash hit, ‘The Buzz’, Dark Night Sweet Light earned Hermitude their first Australian #1 album and also earned positive reviews upon its international release later that year.

Elgusto and Dubs have emerged from the lab with something new. Something revitalised and fierce. The trust their fans have put in them to deliver new music that keeps that same energy has well been worth the wait.