“The organisers promote it as “the best new years ever”, and two years in, it’s hard to disagree.” – 5why

Sydney’s only New Year’s Eve festival NYE in the Park are thrilled to announce their bumper 2019 line up, lead by iconic Sydney-based powerhouse duo Hermitude and plunderphonic maestro Girl Talk (USA) with an exclusive performance. They spearhead a bill of luminaries alongside exciting young talent, all descending on Victoria Park‘s natural tree-lined amphitheatre to ring in the new year.

Following last year’s sold out event, organisers will continue their mission to provide a fuss-free, affordable and fun-filled festival environment, all ending in a crescendo of the festival’s own curated fireworks – the backdrop to its two festival stages.

Straight off the back of announcing a massive world tour and new album that drops at the end of this month, local duo Hermitude proudly close-out the inner-west festival. With headline dates across Asia, North America, Europe and New Zealand they’ll be sure to bring the energy to the NYE in the Park stage. The greatest party DJ on the planet Girl Talk returns to Australia for a special, exclusive performance this NYE, we anticipate nothing less than all-out pandemonium as he counts us down to 2020.

Recently unveiling their incredible sophomore album, SAFIA are ready to showcase their new cinematic soundscapes along with a brand new live show. Fresh from opening for Kylie Minogue it’s safe to say a Client Liaison live show is an experience like no other, there’s absolutely no missing this sauve throwback duo. 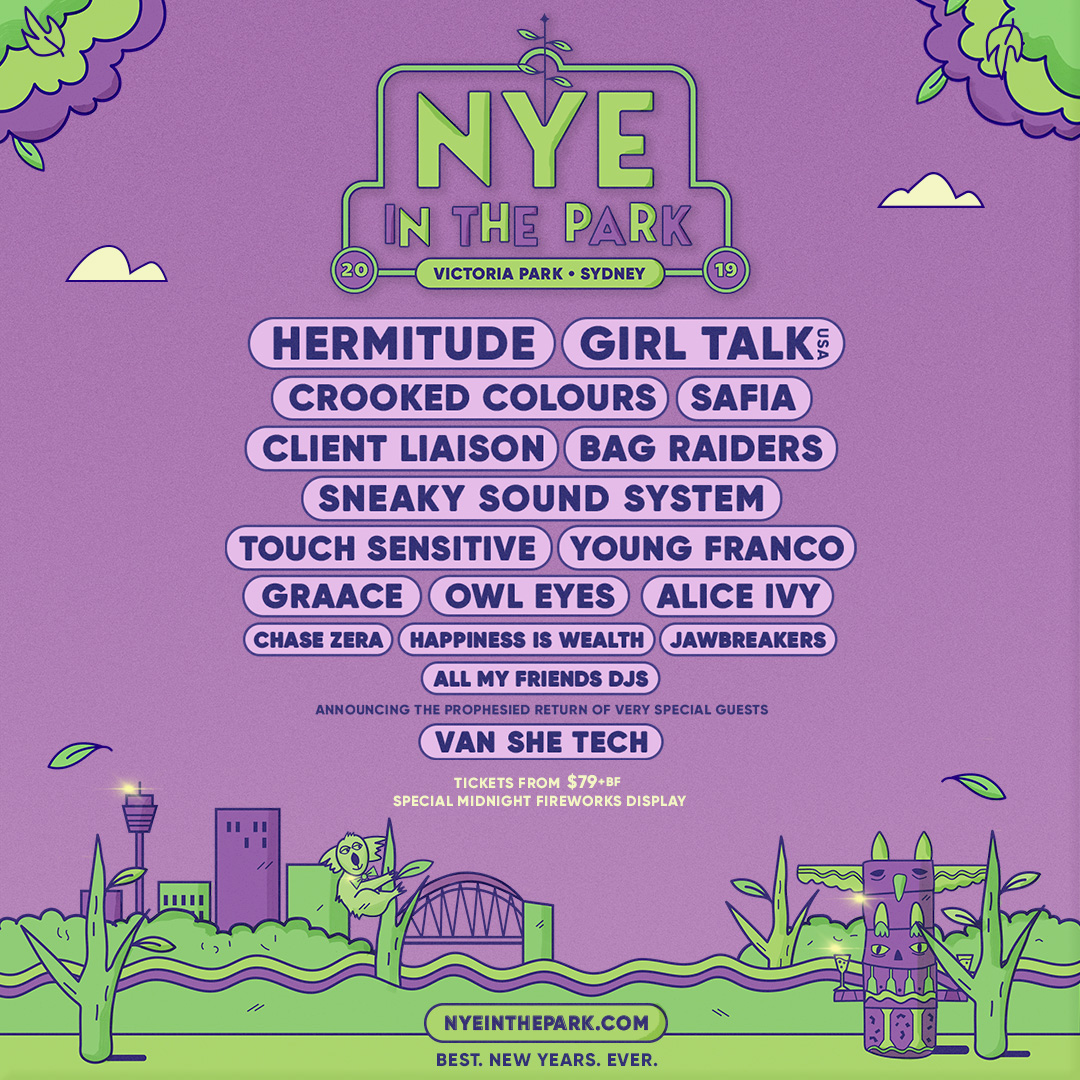